Break-up memes and quotes are all over the internet. How many times have you read a quote or meme and related to it? And even though the subject is not a situation you are currently in, you have been there before and it still rings true to you? This is especially the case when it comes to break up memes and quotes.  We have seen some whoppers and want to share a few good ones with you.

Breaking up IS hard to do.

We can all relate to the heartbreak of ending a relationship. When it happens, it can be hard for anyone to stay motivated in the day to day. Sometimes, all you need is a good meme from a sweet friend to snap you out of it.

Encourage her to move on 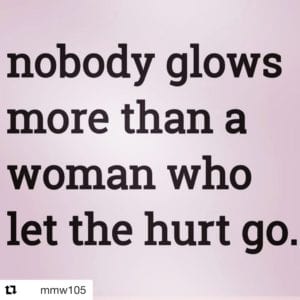 Let’s start with one of our recent posts. “Nobody glows more than a woman who let the hurt go.” This statement is bold, declaring that even though an emotional wound is there it is time to move on. The hurt is in the past and we need to move forward with optimism. Optimism is the ‘Glow.’  This is a good reminder for us all that we are enough to be happy. This meme shows the right partner that we are willing to share our happiness with them. It also shows the wrong ones that they do not dictate our sadness.

When you glow after a breakup

The word ‘glow’ also shows up in this gem of a meme. “If she glows after the breakup, you were the problem.”  Again, the word ‘glow’ refers to a woman with less weight on her shoulders, less to worry about. Share this meme with a friend who may feel a sense of relief that the relationship has ended but also, a sense of loyalty to the relationship.

When it’s time to admit that he was mr wrong, all along.

This next quote is really helpful to send to the friend that is waiting for him to come back. Hoping that he realizes what he has lost.  “He’ll never know what he lost because let’s be honest, He never knew what he had.”  This is a real talk meme that if sent to a friend, should remind her that breakups happen over time. This motivates your friend by reminding her of her worth and at the same time encouraging her to move on.

So cheer up a friend and share a meme, or perhaps reread them to yourself. Stay motivated!